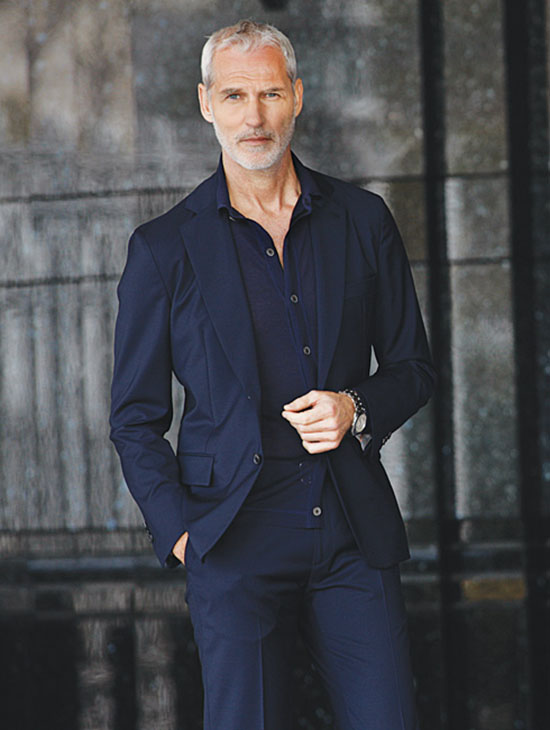 I was born into and grew up in a middle class family in the center of Israel.  From a very young age I became interested in sports, particularly judo.
I was a member of the Israeli Maccabi Judo Team and was fortunate to be able to live and train in Japan.

started a career in modeling at the age of 17th.   Because of this profession, I was blessed to have been able to live in Paris, London and New York.
Then, at the height of my career, one day, during the spring of 1996, after many years of enjoying working as a highly paid, international model,
I had an epiphany that changed the course of my life.  At the end of a day of shooting, I returned to my 5 star hotel room with $100,000 in cash
that I had just been paid.  I threw it on top of the bed and asked myself, “what does this mean to me as a human being”?  It was then that
I acknowledged that my profession was not one where I could make the kind of meaningful connection with another that I desired.
I realized that because of the interdependence of each of us on this planet, the ability to connect with another’s heart is the most
important thing in life.  This moment set me off on a journey to determine how I could fully embrace this reality.  Part of the
answer was to give up the volatile life of a full time model and to move back to Israel to start a family.

When I arrived back in Israel, I founded the publishing company, Talking Books, which produced high quality classical
literature in audio format.  I was fortunate to be able to work with and record many well respected Israeli authors who
read their own works.    Because this was a new concept in Israel, there was no term in the Hebrew language to describe it.
It still amazes me to think that the term “Talking Books” that my partner and I invented, ended up being officially included in
the Hebrew dictionary and has become incorporated into the language.

My ties to Japan and the eastern arts and my search for “connection” and pece of mind,  eventually lead me to the eastern HEALING ARTS.

Shiatsu, Acupunture, Qi gong and meditation.  Through these practices, I experienced the ability to connect through my heart to
the Qi of another and to the universal QI.    Over the next 17 years, I travelled to Japan, to study shiatsu, meditation and Qi-gong

and then to Europe and North America to learn acupuncture, structural integration and visceral manipulation.

In 2000, after the birth of our third child, our family moved to Toronto, Canada While in Canada, I set up my clinic, the "Tao Shiatsu" center/School
in Canada and was a board member of the Ontario Shiatsu Federation.

I have recently moved back home to Israel.  My current partner and I have set up a multi-disciplinary, holistic clinic.
We have offered free clinics within the Bedouin community, and to African refugees living in Tel Aviv.   Our long-term plan is to travel
to the places in the world where health care is not readily accessible, and armed with our knowledge, guidance from the universe and a
pack of acupuncture needles, we will offer help to anyone in need.

At this point in my life, I have dedicated myself to connecting with and helping to relieve the suffering of as many people as
I can before I leave this little planet.

Wishing for all of us a PEACE OF MIND IN A HEALTH BODY !